As more record numbers of single-day COVID-19 cases were reported in the state this week some changes were announced within the Greene County Tech and Paragould School Districts.

On Tuesday the GCT School District announced that it was returning to the use of face coverings for students and staff on Tuesday.

“The recent rise in close contacts and positive COVID-19 cases has caused the Greene County Tech School District to reach the 7 percent quarantine/positive threshold,” the school district posted on social media. “The face covering policy of the Communicable Disease – COVID-19 Exposure Control Plan will be followed until the end of the day on January 20. If the quarantine cases drop below 7 percent, the face covering policy will be removed. The district’s goal is to keep everyone safe and attending classes.”

On Thursday the Paragould School District announced face coverings would be required beginning Friday, due to the number of students currently in quarantine.

The face coverings are required as outlined in the district Communicable Disease Exposure Control Plan.

“We must remain vigilant,” Paragould Schools Superintendent Nick Jankoviak said in a prepared statement. “The district will continue to focus on mitigating strategies that have helped us reduce the spread of COVID-19. A variety of measures will remain in place to ensure the safest learning environment possible. The Paragould School District is fully committed to the health and safety of all students, staff and visitors. We are proud of the actions that were taken to ensure a safe start to the school year and encourage everyone to continue to do their part to limit the spread of COVID-19.”

Craighead and Greene counties saw the largest jumps in cases locally, with 545 new cases reported in Craighead County and 468 added in Greene County.

The active case count in Craighead County rose to 4,203, and statewide the number of active cases increased by 8,214 to reach 79,346. No deaths were reported locally, but the statewide death toll rose by 18 to 9,390. 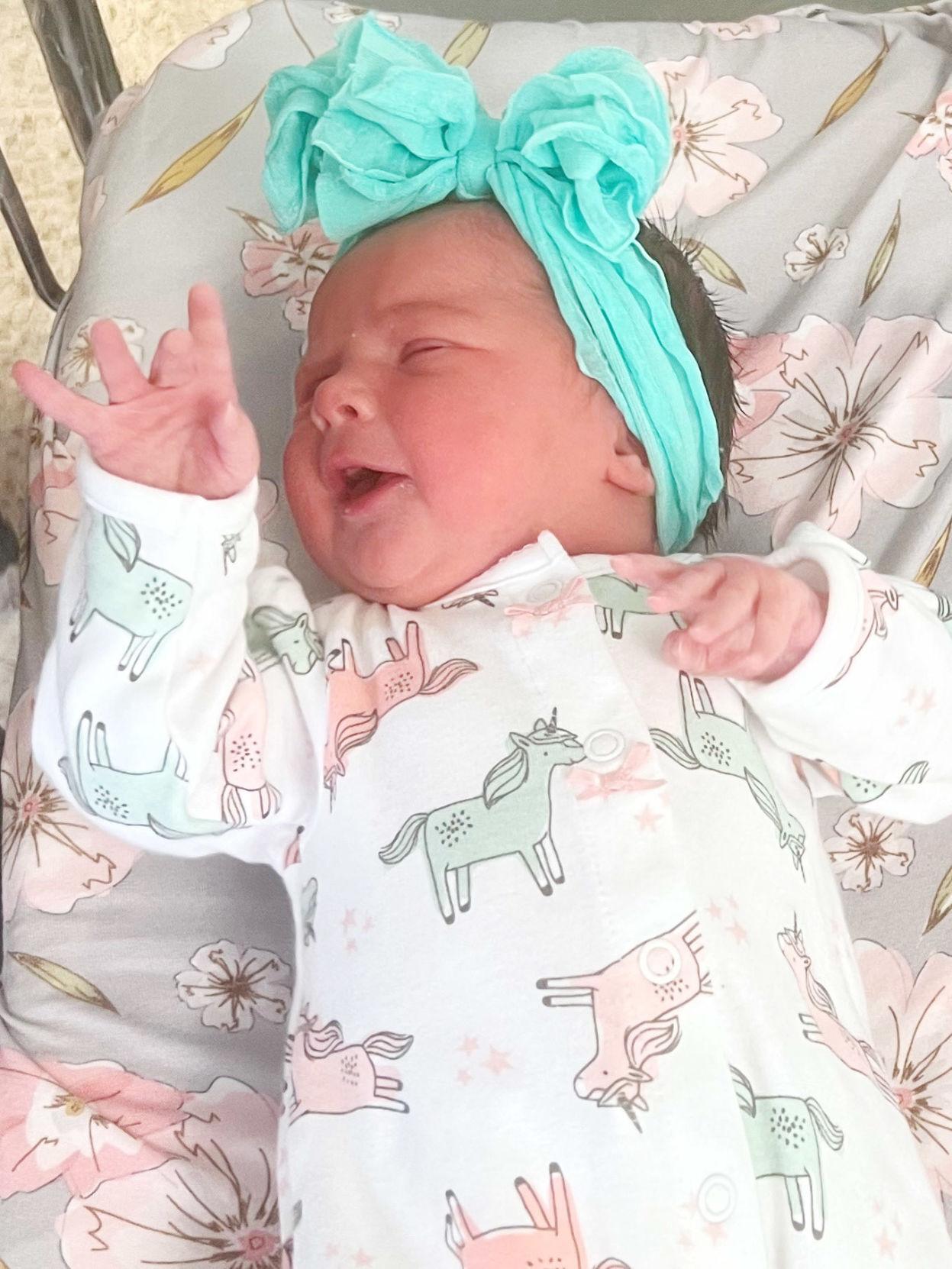 The Arkansas Methodist Medical Center Baby New Year for 2022 is a girl. Evyn McDaniel from Paragould is the first baby born at AMMC this year. Evyn was born Jan. 5, weighing 7 pounds, 12 ounces. She was delivered by Dr. Tiffany Rawlins and Dr. Charles Cesare, Sr., and the proud parents are Alan and Dana McDaniel. Baby Evyn received a basket of diapers, wipes and gifts from the AMMC Auxiliary.

This week the Paragould School Board approved a resolution for adoption of the school district’s 2022 six year Master Facility Plan.

“We are extremely excited about the work that has been done and the opportunities that we have ahead of us,” Paragould Schools Superintendent Nick Jankoviak stated in a report following Monday’s meeting. “The Master Facility Plan is reviewed annually. Every other year the plan is updated to reflect necessary changes. Outlined in our plan includes three projects that were completed and occupied in 2021. These projects include the new Agri Building, ROTC Building, and Band Building. Our tennis courts are also near completion and we have several new projects that are outlined in the plan. Those projects include sidewalks and canopies on the Paragould High School campus, new HVAC in the Paragould Junior High School main gym, and a physical education facility. The Master Facilities Plan will be submitted by February 1, 2022.”

Scott McDaniel provided the school board with a construction update. The remaining light fixtures surrounding the new tennis courts will be installed once the ground is dry. Bleachers are currently being constructed by Ramsons and will be put in place in the coming weeks.

The following personnel items were approved by the school board this week: 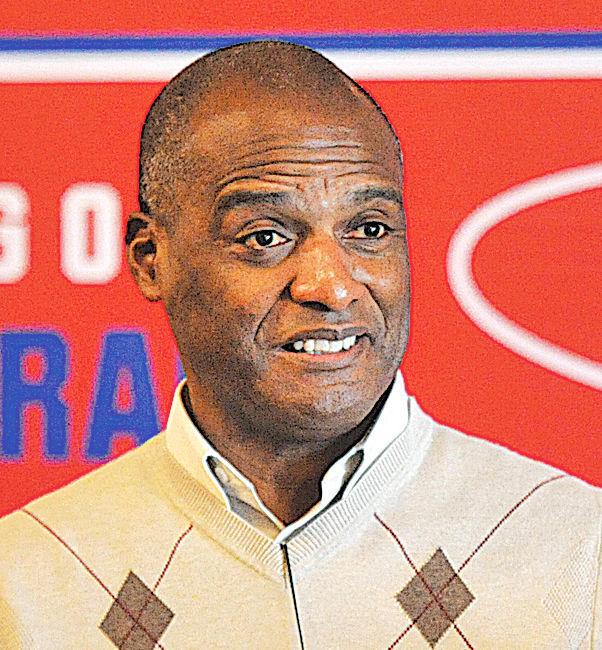 As distribution of free at-home COVID-19 tests started Wednesday around the region, it became apparent quickly that the supply would not be able to keep up with the demand.

The tests, which are being funded through the state’s COVID response budget, are being distributed through a number of sites, including the public libraries in Paragould, Jonesboro, Lake City, Trumann, Lepanto, Marked Tree, Harrisburg, Walnut Ridge, Weiner and Pocahontas. Mission Outreach in Paragould and the Hispanic Center in Jonesboro are also distributing the tests.

The Craighead County Jonesboro Public Library began its distribution using an appointment system, with individuals allowed to receive one box, containing two tests, per day, and families up to three boxes per day.

Brandi Hodges, public relations manger for the library, said they received several cases of tests, all of which were distributed on the first day.

“We have been so busy,” she said. “We had a line wrapped around the building.”

On Thursday, the Jonesboro library was restocked and had moved away from scheduling appointments.

“Due to the overwhelming demand for the tests, we made the decision to switch to a first-come, first-served basis to make it easier on the public and our staff members,” Hodges said.

According to a press release, the library will receive tests in waves from the local health unit and will post updates on their social media pages when tests are available.

When the library has tests, distribution will take place from 9 a.m. to noon and from 1-5 p.m. or until the tests run out.

“Pickup is taking place along Haven Street in front of the bookmobile garage,” Hodges said. “You must stay in your vehicle and wear a mask to pick up a test. Tests will not be given out inside of the library.”

In Lawrence County, the health unit is distributing tests with assistance from the library, as well as the cities of Hoxie and Walnut Ridge.

Walnut Ridge Mayor Charles Snapp said the response has been unbelievable, but the distribution has gone smooth and those receiving the tests have been grateful.

“We’ve gone through 450 test kits, which is the equivalent of 900 tests,” he said. “They came in three different sessions over two days. All 900 tests were given out in a total of about three to four hours tops, probably three hours.”

Instructions on how to use and read the test results are included in the box. The Arkansas Department of Health advises everyone to report their home results. This can be done by calling the COVID-19 hotline at 1-800-803-7847.

Those who are feeling sick are advised to visit a doctor for testing rather than using the at-home tests being distributed.