The massive — if intermittent and selective – outage of service to customers of Paragould Light, Water and Cable’s fiberoptic system has been fixed. However, the fix, which telecommunications division chief Marcus Dowdy characterized as a “work-around,” awaits a permanent solution.

“What we did was to downgrade the software that was causing the problems,” said Dowdy on Friday. “We don’t anticipate any further problems.”

Engineers from Plano, Texas-headquartered Dasan Zhone Solutions (DZS) are continuing their efforts to diagnose the software that was responsible for the problem to find the cause, Dowdy said. DZS provided both the hardware and the software back in 2017 to start the conversion to Fiber to the Home project.

Dowdy said the system had been working fine for about four months as the result of the latest upgrade before the problem began at 2 a.m. on Wednesday. He added that the downgrade of the software should not be noticeable to Fiber to the Home (FTTH) customers. “You shouldn’t see any degradation in signal or in performance,” he said.

Utility chief operations officer Brett Bradford initially identified the problem as a software glitch on Thursday. “We have been working the problem all of Wednesday and today,” he had said at the time.

Numerous comments about problems appeared on both Facebook and Twitter in response to tweets from PLWC. “Some people were not affected but a lot of people noticed that one of their TVs were out while the other ones stayed on,” posted one Facebook commenter. “Saw a lot of that today.”

“Mine has been in and out all day!!” posted another. “Mine is working at my home over by Reynolds Park but I work at At&t [sic] and its [sic] not working there,” posted a third. “Strange! Sure hope it gets fixed soon so all the kiddos can continue their virtual learning.”

Dowdy explained that the issue is “very technical” and has to do with the amount of data traffic the software can process. “Some of the data traffic is ‘behind the scenes,’” he said Thursday, “but you have to have it to be able to get to web sites and such.”

Dowdy added the number of customers affected is not known specifically but is expected to be substantial. “It’s really hit or miss,” he said.

And Dowdy explained that customer complaints about the problem had overwhelmed the 24 telephone lines PLWC has dedicated for customer service. “So if you call and can’t get through,” he had said, “that’s why.”

In a Facebook post at 5 p.m. on Thursday, the utility explained that there were only so many telephone lines through which customers could register complaints. “When these lines are exhausted,” the post read, “you will hear a message saying ‘Your call cannot be completed.’ We are answering all calls in the order they are received. We understand that this situation is frustrating and we will update you as repairs proceed.”

Dowdy added the reason the system began to malfunction remains unclear, and is the subject of the DZS troubleshooting. “We don’t know why it all of a sudden decided to cause problems at 2 a.m. on Wednesday,” he said, “whether we reached some magic number of customers or users, or what.”

According to study-ccna.com, an ARP is a network protocol used to find out the hardware (MAC) address of a device from an IP address. It is used when a device wants to communicate with some other device on a local network.

According to www. efficientip.com, a DHCP is a network management protocol used to automate the process of configuring devices on Internet Protocol (IP) networks. “A DHCP is where you get IP addresses,” Dowdy said.

He said the system was restored to service at 4:43 p.m. on Thursday. “Some ONTs [optical network terminals] may have taken longer to come back up,” he said. 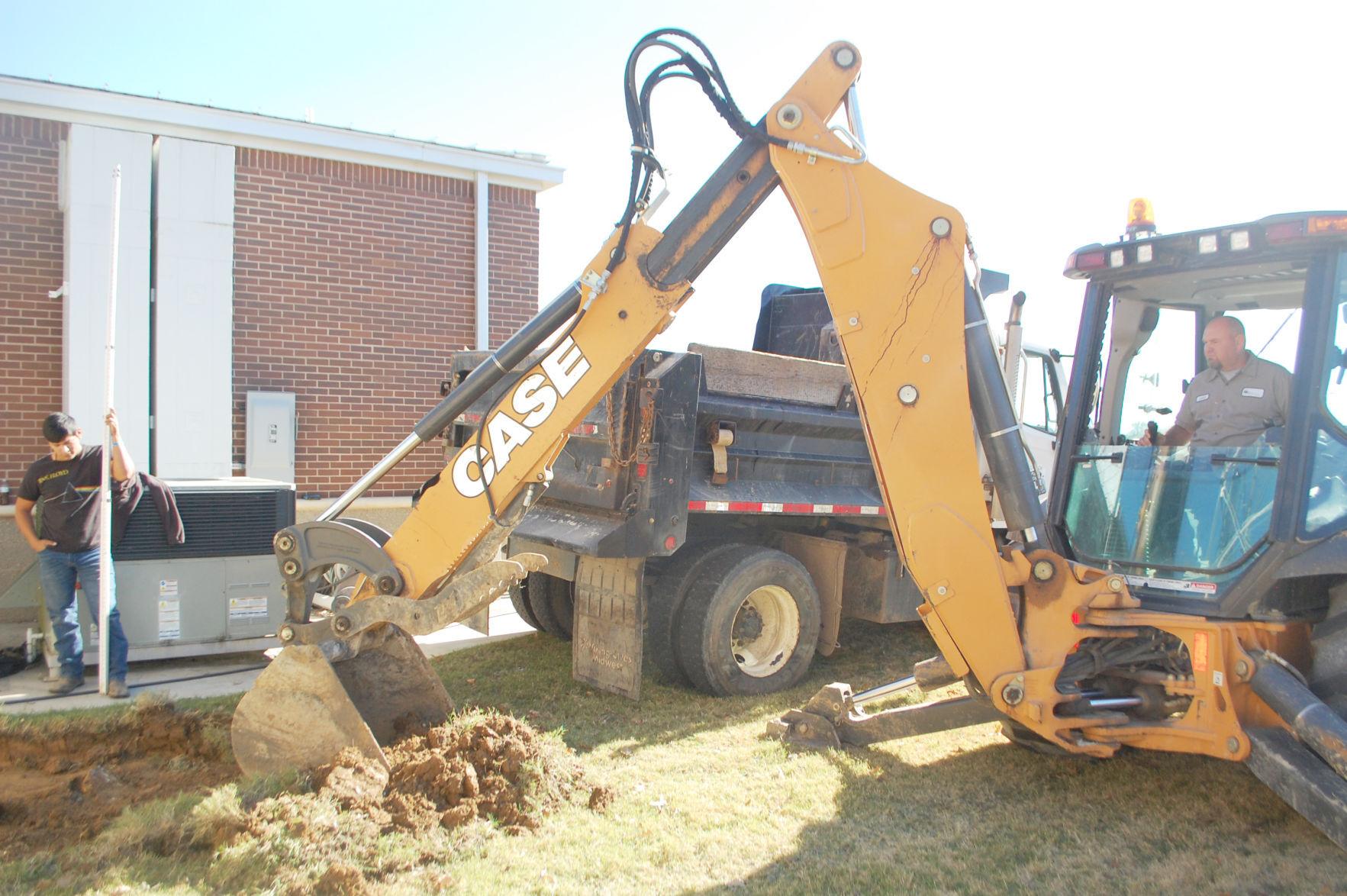 Tyler Hinojosa of the city of Paragould’s Department of Public Works (left), watches as the department’s Jacob Forbis (in cab) digs out a space to pour a concrete slab for storage of the 911 Center’s Mobile Command Center. The 911 Center recently received a vehicle capable of towing the trailer and will henceforth keep it on-site.

Groundwork for a slab

An ordinance making changes to the county personnel policy will not take effect for at least another month.

Although it passed the Quorum Court on its first reading at Monday’s meeting, the ordinance failed to gain the required 2/3 majority to permit suspension of the rules for it to receive a second and third reading, and thus adoption.

The ordinance passed by a 7-2 vote, but needed eight “yes” votes – 2/3 of the full Court – to suspend the rules. Only nine justices were present, the District 7 seat being vacant and District 8 Justice Shawntae Thompson being absent.

The sticking point was the proposed exclusion of workers on 12-hour shifts from receiving holiday pay. As explained by Personnel Committee Chair Mark Reeves after the committee meeting that preceded the regular court meeting, the Sheriff’s Department (which operates on 12-hour shifts) maintains round-the-clock coverage seven days a week, such that holidays are covered the same as any other day. “So what we are proposing,” he said, “is that since there are basically 132 more hours each of them is subject to work that nobody else is, that they receive about a 5 percent pay raise to make up for it.”

In the view of District 4 Justice Jonathon Davis, however, the possibility exists for perceived unequal treatment by both those who don’t get the holiday pay and by those who don’t get the extra 5 percent pay raise. “If new employees come in,” he said during discussion before the vote, “they may see that others are getting holiday pay and they aren’t.”

“They don’t get holidays off,” Reeves countered. “So I think this is the right thing to do. It doesn’t help them to call it a ‘holiday’ when they have to work it.”

(Similarly, military units with a 24-hour, seven-day manning requirement do not recognize holidays as they schedule personnel for duty, and no military personnel receive “holiday pay.”)

In any case, Reeves said, the perception of inequality can be addressed by ensuring such employees were aware of both the added pay and the reason for it. “It’s all about communication,” Reeves concluded.

Davis also said that if such added pay is to accrue to Sheriff’s Department employees, it would have to be incorporated into the next year’s budget currently under deliberation. Davis chairs the court’s Finance Committee.

Both Sheriff Steve Franks and Jail Administrator Brent Cox told the court that there are a total of 50 employees in the department who work 12-hour shifts. Those employees would thus be subject to the 5 percent pay raise in return for the lack of holiday pay.

In response to a question from Davis as to whether county employees are guaranteed holiday pay, County Attorney Kimberly Dale said there is none. “They have to be employed for 60 days,” added County Judge Rusty McMillon, “and they have to work the day before and the day after.”

“So we can offer it to some and deny it to others?” asked Davis.

Davis and District 10 Justice Jeremy Wooldridge were the two “no” votes on the ordinance. 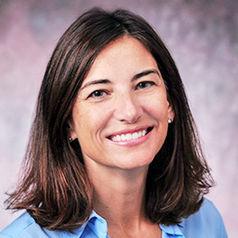 LITTLE ROCK (AP) — The number of COVID-19 patients hospitalized in Arkansas rose to a new high Friday as the state reported one of its highest one-day increases in coronavirus cases.

The Department of Health reported 36 more people were hospitalized with the illness caused by the coronavirus, bringing the state’s total hospitalizations to 935. The state’s probable and confirmed virus cases rose by 2,061 to 141,916.

The actual number of cases in Arkansas is likely higher because many people have not been tested and people can carry the virus but not feel sick.

Gov. Asa Hutchinson told reporters he saw no need for further restrictions, though, the day after he ordered bars, restaurants and clubs that serve alcohol to close by 11 p.m. That earlier closing time began Friday and is in effect through Jan. 3.

Thanks to an approved grant, Arkansas Methodist Medical Center has another $500,000 to work with during the COVID-19 public health emergency.

The Greene County Quorum Court has appropriated the funds received in a Community Development Block Grant for which it applied back during its May 18 meeting as a grant-in aid for health to the hospital.

At that time, Greene County Judge Rusty McMillon told the court of the availability of such grants, and that AMMC had been notified it was eligible for up to $500,000.

In making the case to the court for the grant application, hospital CEO Barry Davis had said that the hospital’s monthly “bottom line” is down about $1.5 million since the advent of COVID-19 restrictions, added expenses to set up an entire floor devoted to COVID-19 patients and reluctance of potential patients to seek treatment. “So this [grant] goes a little bit towards that,” he had said at the time.

The amount received was the full amount available.

The court also appropriated $19,677 the county had received in a COVID-19 grant to the election commission. The grant was to help cover the cost of protective supplies, equipment and contract labor for polling sites.