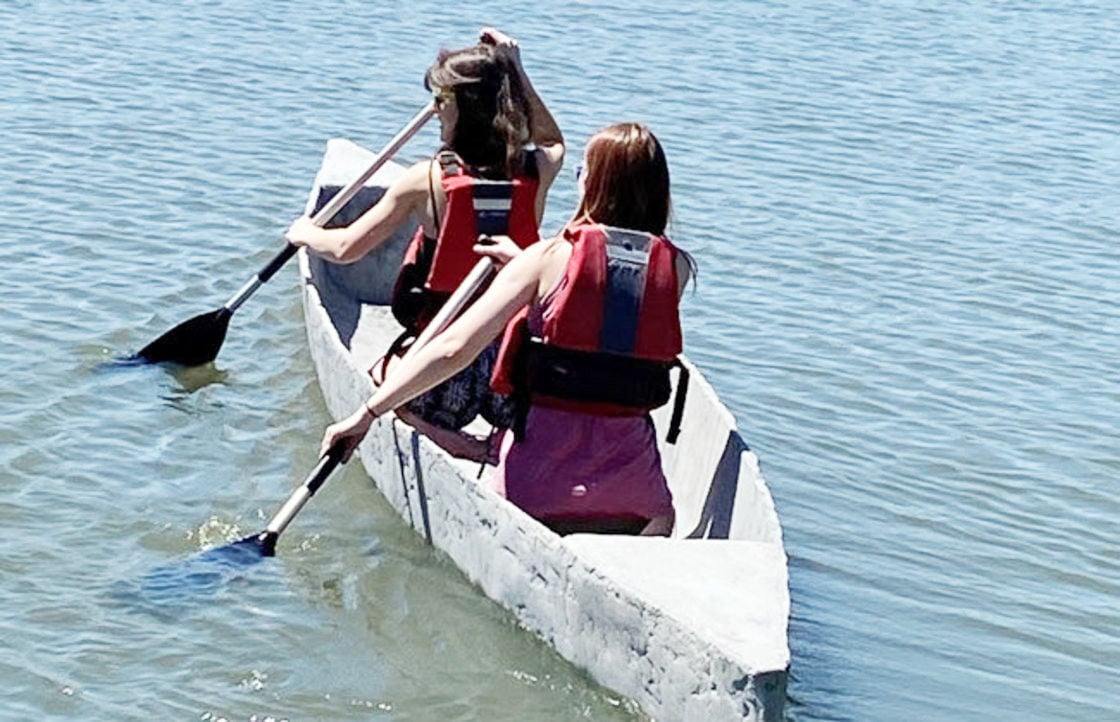 Shannon Hughes and Erin Bowie take the canoe for a run.

Shannon Hughes and Erin Bowie take the canoe for a run.

JONESBORO — The student chapter of the American Society of Civil Engineers (ASCE) at Arkansas State University is getting ready for their next challenge, at the ASCE National Concrete Canoe Competition in late June following historic success at the regional level.

The top finish qualifies the team for the national competition to be held June 25-27 in a virtual format hosted by the University of Wisconsin-Platteville.

John “Justus” Sawyer IV of Jonesboro served as team captain for regional competition, while Jonathan Sorensen of Cave City was mix design captain, and Ahmed Alsunbul of Al Qatif, Saudi Arabia, was the quality control and quality assurance captain. Numerous other ASCE student chapter members assisted, particularly with the fabrication and then demolding of the concrete canoe itself.