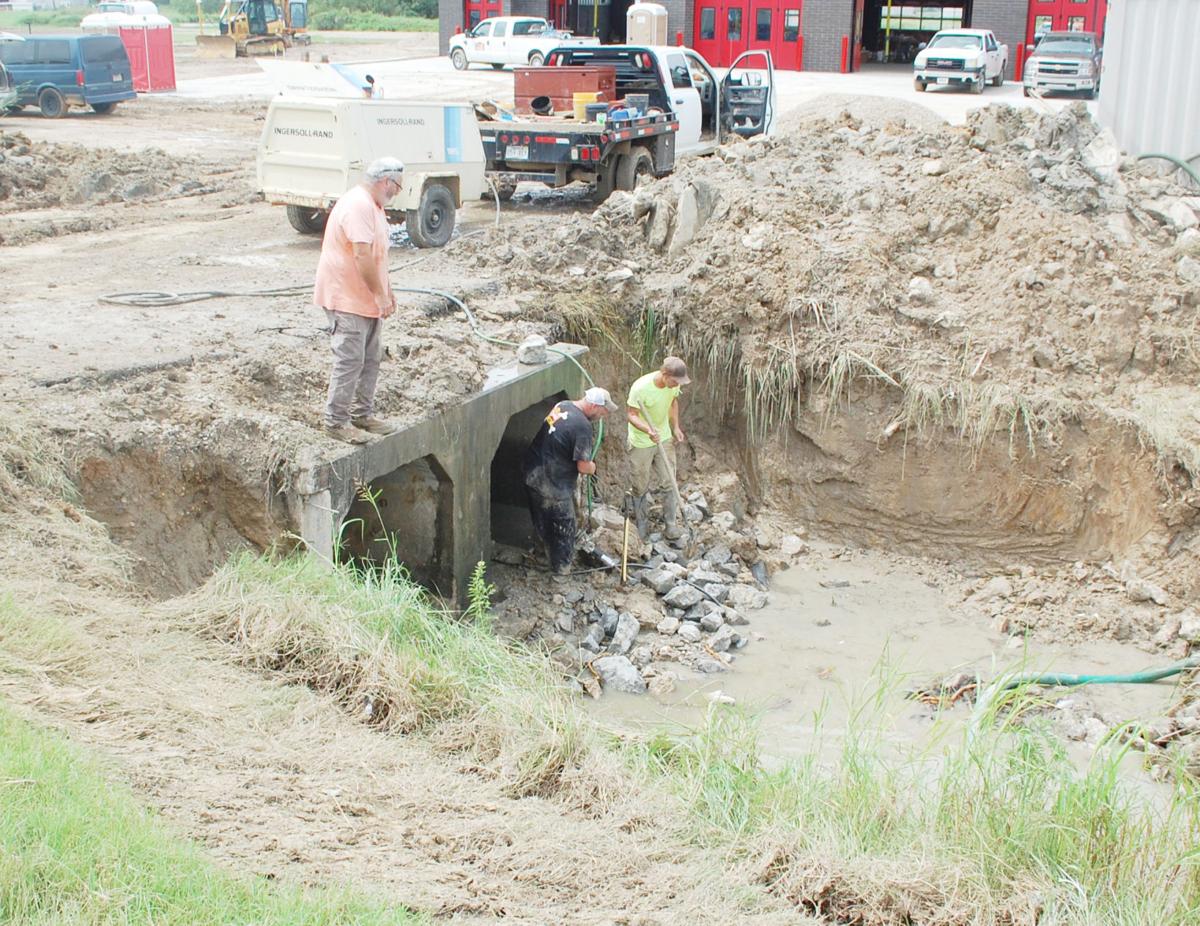 Members of Paragould-based GCE Construction prepare to extend the culvert at the front of the driveway of the new fire station to accommodate fire trucks as they leave to respond to fires. The station is expected to be ready to receive the fire department on Oct. 1, and to begin operations on Oct. 31. 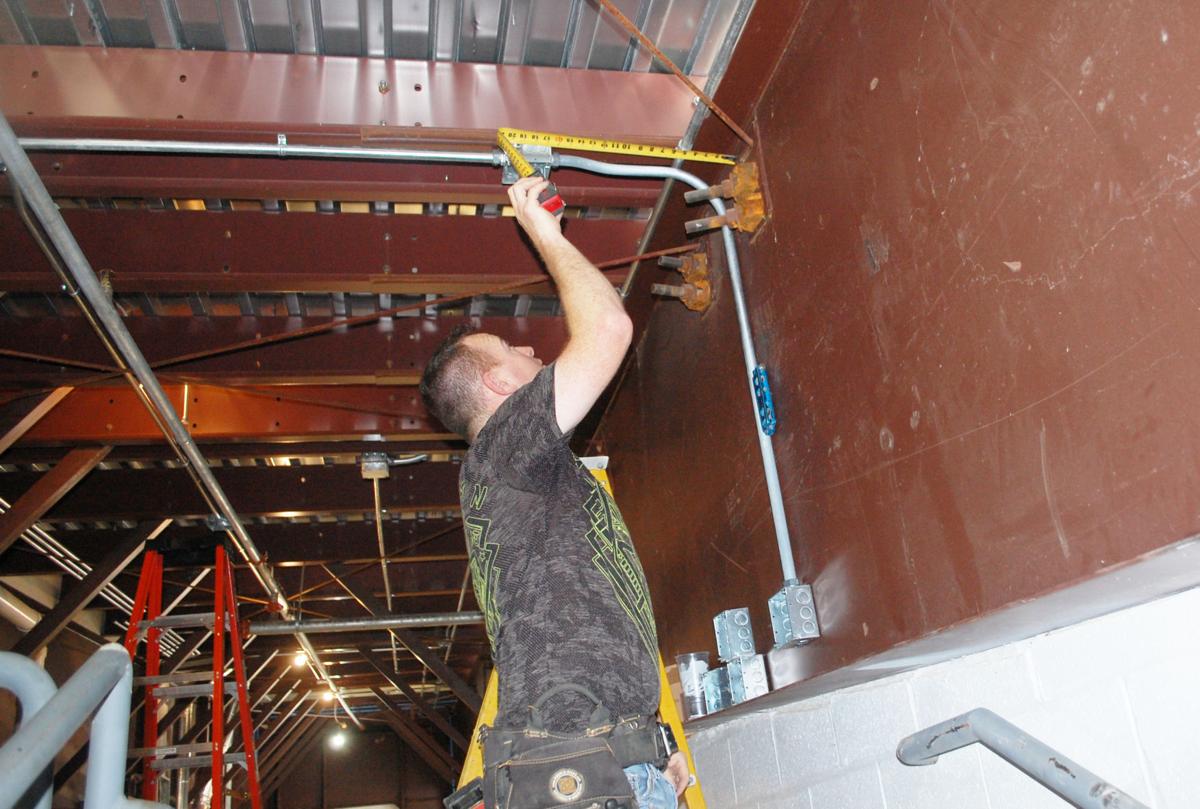 Members of Paragould-based GCE Construction prepare to extend the culvert at the front of the driveway of the new fire station to accommodate fire trucks as they leave to respond to fires. The station is expected to be ready to receive the fire department on Oct. 1, and to begin operations on Oct. 31.

That’s the view of Mike Minton, site superintendent for Tate General Contractors, in charge of the construction of the new number 1 fire station at 700 Highway 49 N.

Construction on the facility, at the western end of Morgan Street, began Aug. 5, 2019. Minton said he anticipated the building should be finished by Oct. 1.

Paragould Fire Chief Kevin Lang added that assuming nothing unforeseen occurs with the drive access onto Highway 49 (currently in work), his department should be able to begin its own work starting on that date.

“Minton has been at the mercy of the weather,” he said, “but assuming there are no major issues, we should be able to start getting our radio system installed and other things we need to do.”

Lang estimated the department would need three to four weeks to make the station fully functional for its intended purpose. “That’s not part of the contract,” he said. “That’s stuff we have to do. So we are hoping to be ready for operations by Oct. 31.”

The building, with its five bays to park fire engines, had a bid cost of $4,784,600. The area for the bays alone is about 10,000 square feet. It also contains six sleeping rooms for firefighters on their 24-hour shifts. There is also a “grand room,” similar to a day room which includes kitchen area, and an office for the fire captain.

The building also has a “watch room,” containing the radios, hardened to withstand severe weather. It is to serve as a “safe room” to shelter the occupants in a storm.

The station also has a gym facility, to be equipped with a treadmill in the building for firefighters to stay fit. “It will also be open to other city employees,” Lang said.

Another feature of the building is a 70-seat training room. The fire department plans to offer training to the public, on subjects like cardiopulmonary resuscitation (CPR) and first aid.

There will also be an administrative section for the chief, the assistant chief and the fire marshal. The building will have a firefighter personal protective gear outfit storage and cleaning area with heavy-duty washers.

There will, however, also be regular washers and dryers so firefighters can wash their clothes and bedding. Firefighters on shift duty in effect live at the fire station.

In every area there will be TV screens to display any alerts, for all firefighters to see what is going on.

Paid for out of the city’s reserves without any added taxes, the new fire station is expected to last 60-70 years.