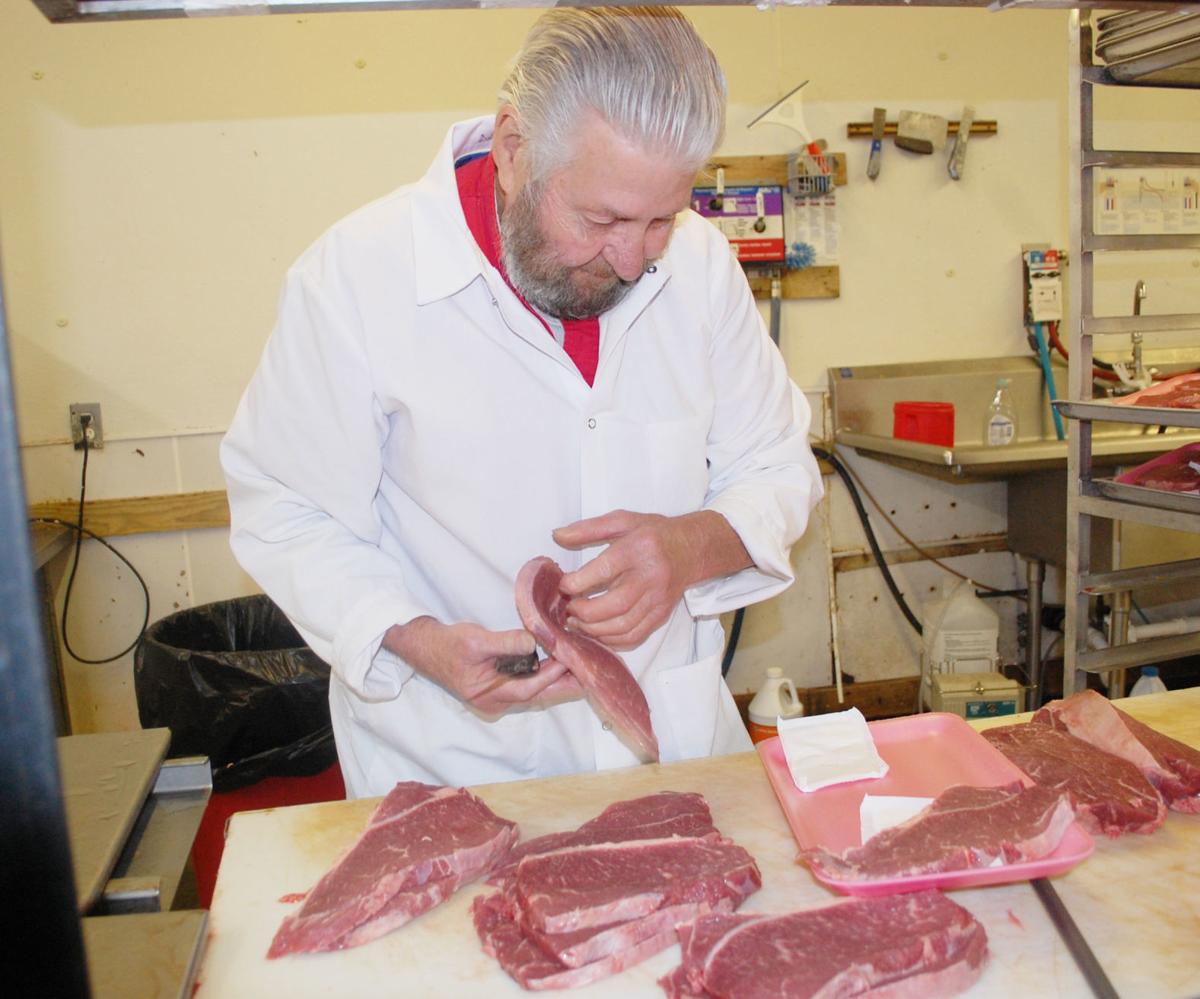 Carl Stallings, meat market manager at Cash Saver for the last 30 years, is doing what he says he was called to do: cut meat. A meat cutter for 52 years, he will be leaving – but not retiring – when the store closes in the near future. 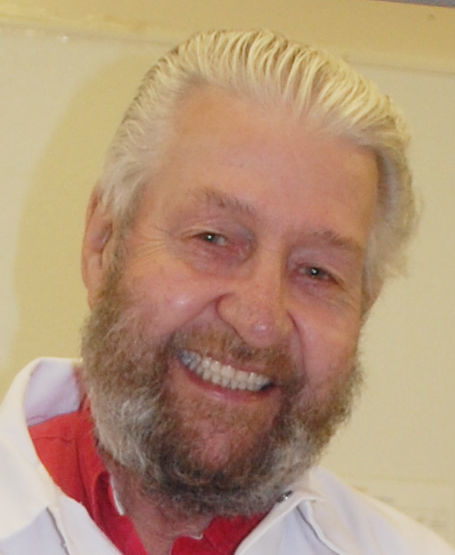 Carl Stallings never dreamed he’d be doing meat cutting for a living, but he has been doing it with pride for 52 years.

He has been at Cash Saver for 30 years.

He was never looking to be a meat cutter, but said: “We married in 1964, and we were struggling.”

He said a friend had invited him to move “up north” where good money was to be made cutting meat. “So we went,” Stallings said, “and we came back after about three weeks. Rockford (Illinois) was not the kind of place we wanted to raise our kids.”

Still not sold on meat cutting, he went to work for his father-in-law, who told him to go to work for Broadway Packing. Stallings said he had worked for the company as a truck driver for 6-1/2 years.

“That’s where I learned to cut meat,” he said, “and how to cut up hogs and cows.”

At that point, Stallings said, a friend had urged him to get a meat-cutting job in a grocery store. “I used to say that people who worked in grocery stores were too lazy to get a real job,” he laughed. But that’s just what he did. “I got a job at IGA in Jonesboro, and it was supposed to be part-time, but I got full-time.”

After another 6-1/2 years at IGA, Stallings said, he decided he wanted to try his hand at managing a market, which he did in Trumann and in Cherokee Village. Then, he said, he took a job at the Little Rock location of the largest food store chain in the state at the time, Food For Less. “I did that for 10 years,” Stallings said, “and then I came back to Jonesboro, for the Farmers Market in Leachville.”

Stallings then went to work for the Price Chopper outlet in Blytheville, after which he transferred to its Paragould location (now Cash Saver).

Stallings said he has built a reputation by taking care of his customers. “I believe in training people the right way,” he said. “I say: ‘if you work for me for a year, you can go anywhere in the state and get a job – just tell them you worked for me.’”

In that regard, Stallings said, he had trained a great many market managers for Walmart, Hays and Cash Saver.

In addition, he said, he has made a great many friends through his three decades at the store. “Not just the store employees but the customers are all like family to me,” he said. “And I can’t think of anything I’d rather do. So preachers say they are ‘called to preach.’ But I was called to do this.”

Vence Thomason of Paragould is one of the people Stallings trained. Thomason worked 25 years in the business.

“He’s probably trained almost every meat cutter in this town,” Thomason said. “There aren’t many left.”

Now the job at Cash Saver is coming to an end for Stallings. “I’m 74, and I’m not ready to retire,” he said, “but the store is closing, and I have to move on.”

Store manager Steve Morrison said the store is expected to close sometime around April 18 or later.

Stallings said that when people heard the store was closing, they became alarmed, saying: “’Oh, no! Not my old man!’ they said.”

But, Stallings said he has a friend who has bought Faulkner’s Grocery in Arbyrd, Missouri who wants him to work there part-time.

“But first, I want to enjoy a couple of months with my son and daughter,” he said, “and my grandchildren and nephews.”