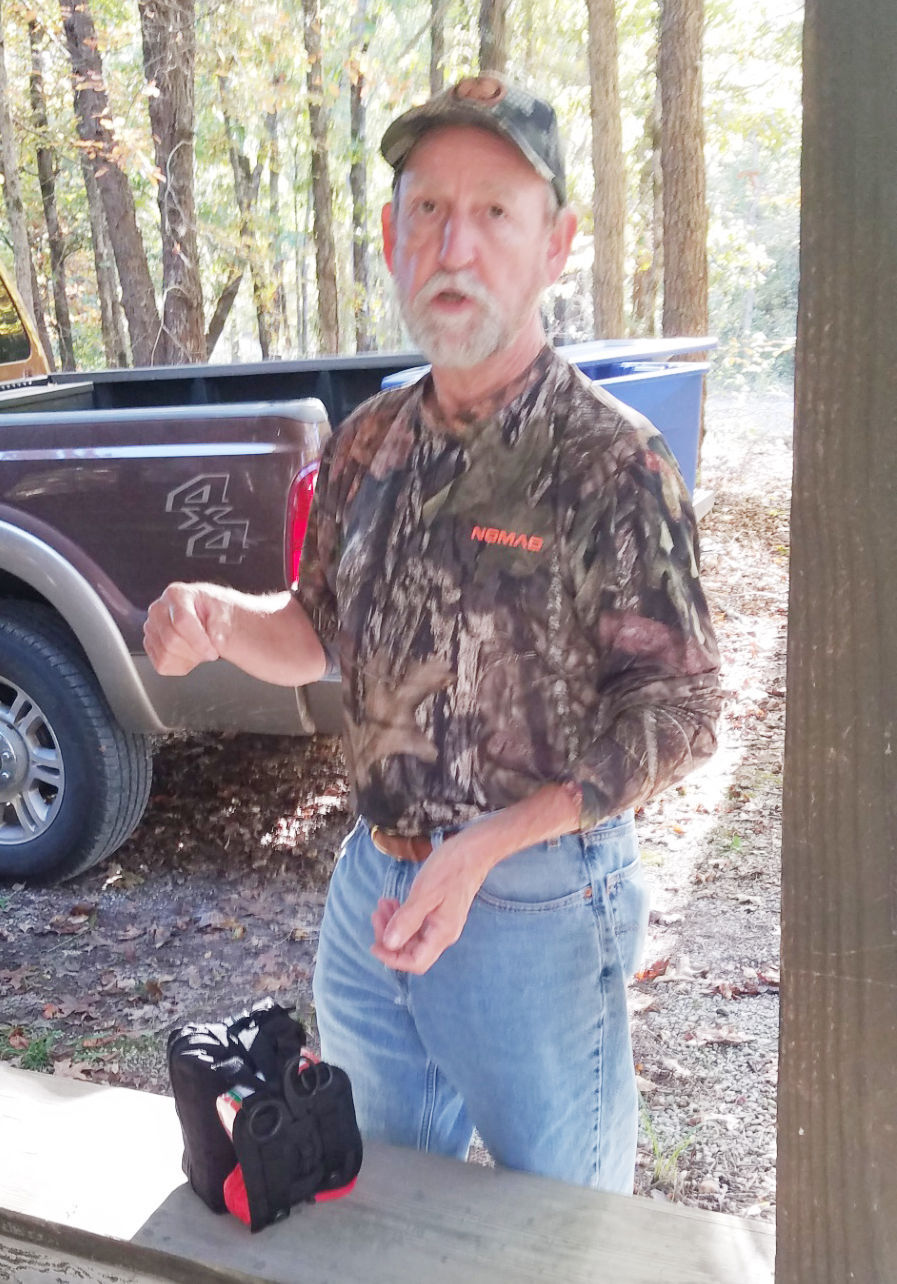 Greene County Wildlife Club vice-president Donnie Huffine displays and describes one of the 29 bleed kits his club donated to the Paragould Fire Department and county officers of the Arkansas Game and Fish Commission at the Scatter Creek Bow Hunters pavilion on Oct. 13. 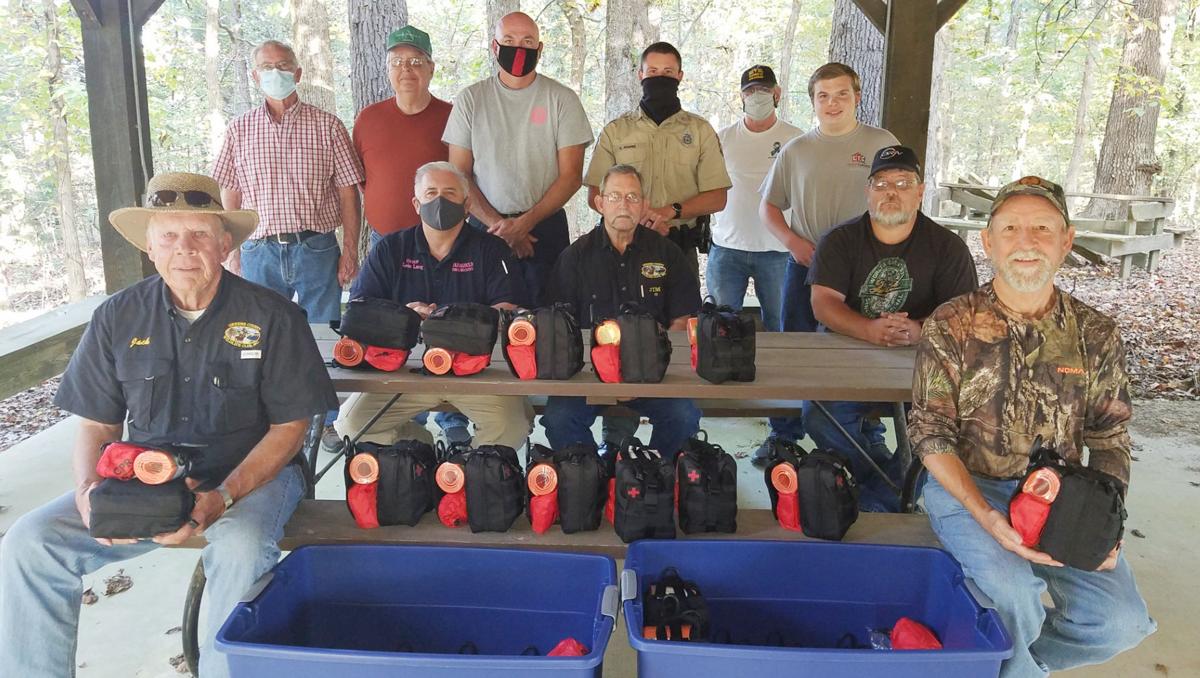 Greene County Wildlife Club vice-president Donnie Huffine displays and describes one of the 29 bleed kits his club donated to the Paragould Fire Department and county officers of the Arkansas Game and Fish Commission at the Scatter Creek Bow Hunters pavilion on Oct. 13.

First responders, as a rule, can face situations where they encounter victims with major bleeding injuries. And as a rule, they can never have enough supplies to stop such bleeding.

So the Greene County Wildlife Club donated 29 bleed kits to the Paragould Fire Department and local officers of the Arkansas Game and Fish Commission at the Scatter Creek Bow Hunters pavilion this week.

“It takes time to respond to a situation with a major bleed,” said club vice-president Donnie Huffine, “and while a first responder may be there in two minutes, it may take an ambulance as much as 10 minutes depending on where you are.”

In that time, a person suffering a major bleed could bleed to death: according to the website https://www.healthline.com a “bleed-out” can take as little as five minutes. “We want to have people on the scene that know how to stop the bleed,” Huffine said, “and have the materials to do it.”

The club has provided the kits to the fire department and the Game and Fish Commission, given the likelihood they would be among the first on the scene of an incident with a major bleed. The kits, Huffine said, contain tourniquets, gauze, packing (for bleeding from the torso instead of a limb), a splint, a CPR mask, rubber gloves and other items essential to stop a bleed.

Huffine referred to the website stopthebleed.org in describing the genesis of the bleed kits. “’Stop the Bleed®’ was inspired by the mass shootings at places like Sandy Hook [i.e. Sandy Hook Elementary School, in Newtown, Conn.],” he said.

According to the website, a concerned local trauma surgeon and Regent of the American College of Surgeons (ACS), Lenworth M. Jacobs, Jr., MD, FACS, requested to review victims’ autopsy records. Results showed that the victims died from severe injuries. Given that knowledge, surgeons from the American College of Surgeons formed a group with other experts in the fields of emergency medical care, government, the Departments of Defense and of Homeland Security, the FBI and law enforcement to try to improve the rate of survival for people with severe bleeding. This “Hartford Consensus” (named for the Connecticut city in which it met) worked to develop a national emergency response goal, “Stop The Bleed®,” to improve victim survival following mass shootings and other intentional acts of mass violence by empowering trained bystanders to take life-saving action if quickly needed – regardless of the situation or cause of severe bleeding.

“You may be out hunting,” said Paragould Fire Chief Kevin Lang, “and you may accidentally cut yourself while you’re dressing your deer.”

Huffine stressed that the bleed kits were intended for those who had already undergone Stop The Bleed® training and knew how to recognize a situation as a major bleed and how to respond to it. “Basically, if there is more than half a soda can of blood,” he said, “that’s a major bleed.”

“So we want people to have them that need them,” added club president Jack Cox.

In the past, the Paragould Fire Department has offered Stop The Bleed® training, but has had to curtail such training due to the COVID-9 public health emergency.

The kits, Huffine said, cost about $49 each for everything they contain. “We got a great deal,” he said.