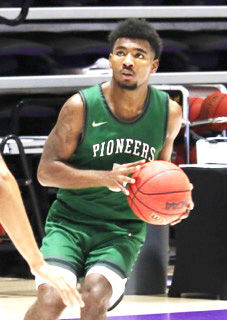 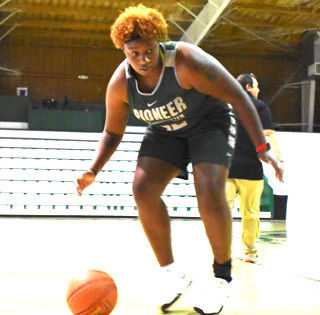 Kianna Hardaway is the recipient of the Association of Independent Institutions Women’s Basketball Player of the Week award.

Kianna Hardaway is the recipient of the Association of Independent Institutions Women’s Basketball Player of the Week award.

Roberson averaged 11.7 points across three games against NCAA Division I opponents over the holiday break. He scored 15 points against Tennessee State University on December 19.

The Tuckerman native also had a double-double performance by scoring 12 points and having 10 rebounds against the University of North Alabama on December 17. The guard concluded the 2020 portion of the season by scoring eight points against Lipscomb (Tenn.) University.

Roberson is leading the Pioneers by averaging 17.4 points per game this season. He has also made 27 3-point field goals to rank among the nation’s top players in the National Association of Intercollegiate Athletics.

HardawayCrowley’s Ridge College freshman Kianna Hardaway is the first recipient of the Association of Independent Institutions Women’s Basketball Player of the Week award for the 2021 portion of the season.

The forward recorded her first career double-double performance with 10 points and 11 rebounds in a 63-59 loss to the University of Health Sciences & Pharmacy (Mo.) on December 15. She made five of her seven shots in 32 minutes of playing time.

The Jonesboro native registered five of her 11 rebounds on the offensive side of the ball to help keep the game close.

For the season, Hardaway leads the Pioneers (1-4) by collecting 7.6 rebounds per game, while ranking second at 11.6 points per contest.